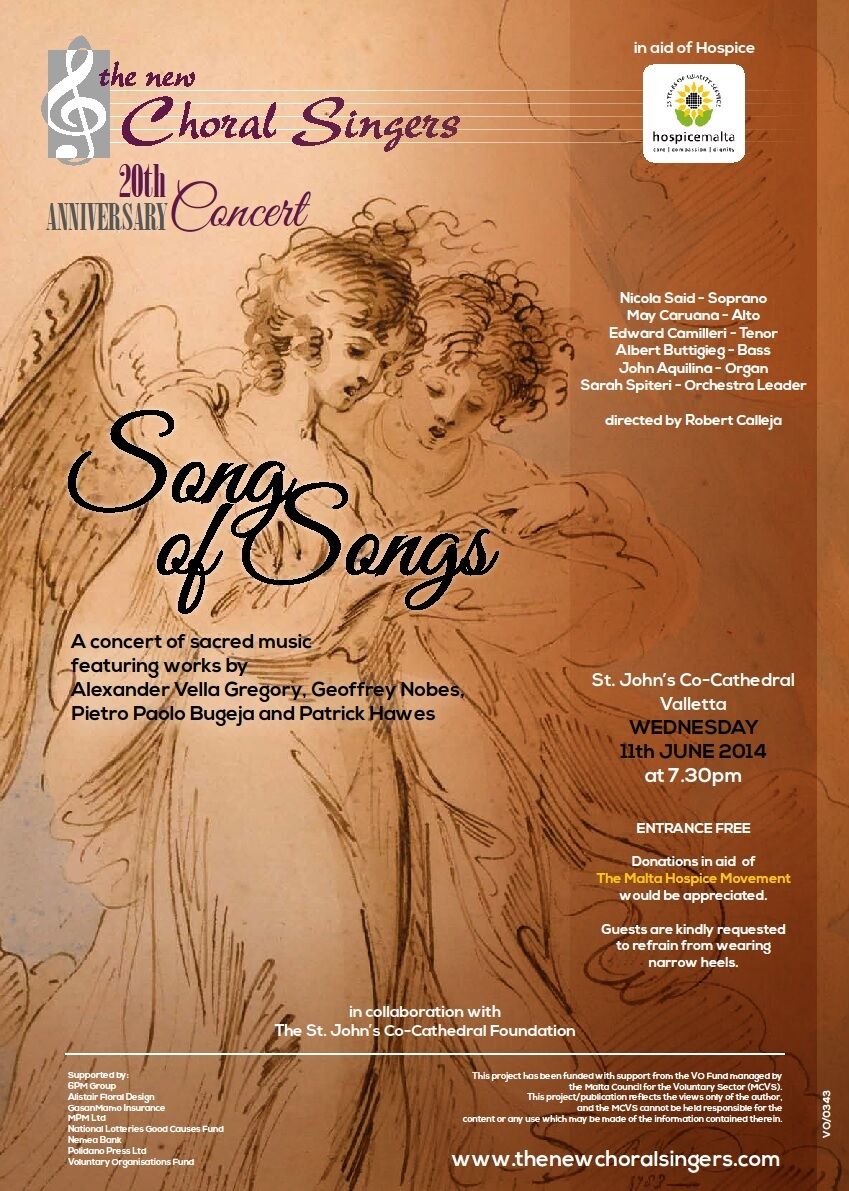 The choir’s main work for this concert was ‘Song of Songs’ by Mr. Patrick Hawes, who is best known as composer in residence at Classic FM in the UK. This work was premiered in Malta by TNCS with the composer’s own encouragement.

A retiring collection was held in aid of The Malta Hospice Movement. 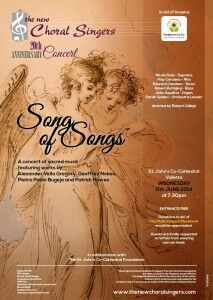 Under the direction of Robert Calleja, the choir performed music by Duruflé, Stella, Reimann, Calleja/Mulè Stagno, and Vaughan Williams. On this occasion the singers were accompanied by Gino Mulè Stagno on the organ, and a brass quartet.

The collection held during the Mass was in aid of the restoration works
taking place at the same church. 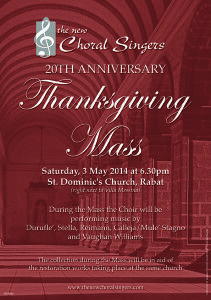